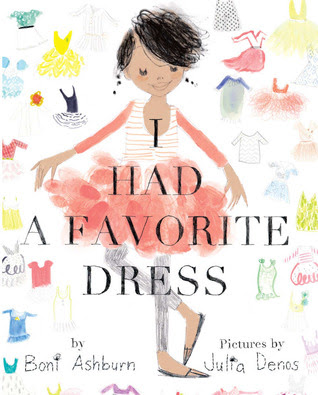 Growing up I thought my mother was magical because she could sew. I remember her sewing me a red dress with red roses in the first grade. She seemed to make it overnight…in fact, I think she did! It was my favorite dress when I was six.

When my friend Margot was four, she remembers her dad bringing back a soft green dress from Italy with stitchery in the front and lace at the bottom edge. When she grew out of it, her mom altered it for her baby doll to wear.

My daughter has several favorite pieces that she’s outgrown. I often wish I was a savvy D.I.Y. (do it yourself) kind of mom who could be like Mary Poppins and magically (as Boni Ashburn says) “make a molehill out of a mountain.”

I think most of us have a few items of clothing that we are so in love with that when we wear them out, we are heartbroken! 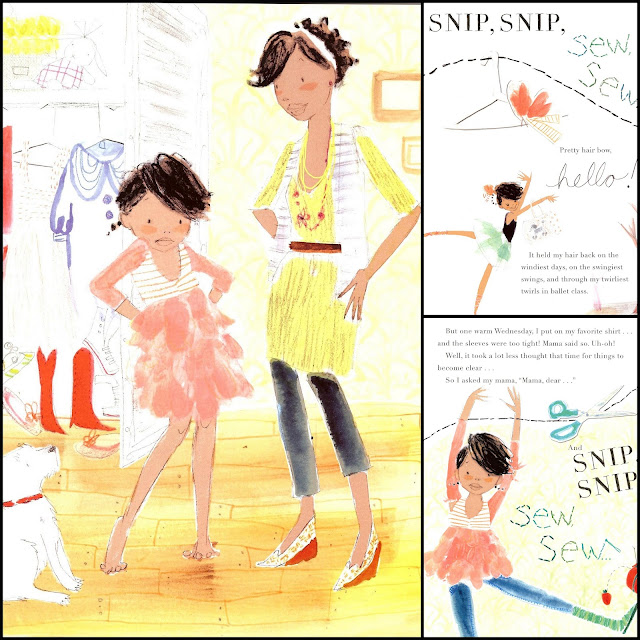 The little girl in Boni Ashburn’s I Had a Favorite Dress is so lucky to have a mom who can make alterations that keep her daughter smiling. I very much want to do this for my daughter; I think it teaches resourcefulness.

I love how the mom’s boho-chic style influences her daughter’s appearance in what looks to be like a trendy Greenwich Village neighborhood.

As the girl grows, her salmon colored favorite dress is transformed into a shirt, tank top, skirt, scarf, socks, and hair bow.  The mom keeps saving the day by using her creativity to solve a problem every time her daughter says, “Mama dear…”  and there’s nothing to worry about when mama smiles and does a, “SNIP, SNIP, sew, sew… New shirt, hello!”

The young girl understands that nothing lasts forever and that’s okay because favorite things can be changed and used again in other ways. She dances into the days of the week as the seasons change.

I would like to decorate my daughter’s room with Julia’s illustrations from both of these books. 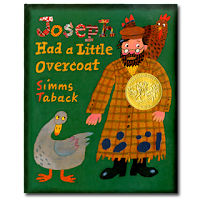 I Had a Favorite Dress reminds me of a book I read to my second graders, Joseph Had a Little Overcoat. Joseph has an overcoat that he really likes and it becomes old and worn, but instead of throwing it away, it is altered into a jacket.  The same thing happens to the jacket and he makes a vest, then scarf, necktie, handkerchief, and finally a button. The message is that it’s always good to make something out of nothing or “make a molehill out of a mountain.”

This is such a good lesson to teach to children. As a teacher, I immediately thought about lessons I could teach comparing the two books.

I have already recommended I Had a Favorite Dress to our school librarian. It will be one of those books that never has a chance to be “checked-in!” 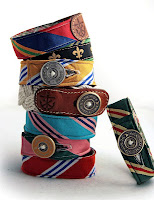 All it takes is a little inspiration from Etsy or Pinterest to get creative these days. Making alterations is the perfect answer to keeping hold of your favorite memories. Fashionistas can be green too and reduce, reuse, recycle their favorite items.

I plan to reuse my husband’s old neckties from the 80’s and 90’s and make them into bracelets like I found on Pinterest.

I haven’t yet decided how I will reuse some of my daughter’s favorite dresses but I imagine she’s probably going to think of it on her own sense we read I Had a Favorite Dress almost every night! I may be calling my “Mama dear” for the sewing! In the meantime, I hope to impart to my children and others the philosophy that although both things and people may appear to be used and spent, they may just be waiting for the energy and optimism of creative ideas to fill an old sail with fresh air. 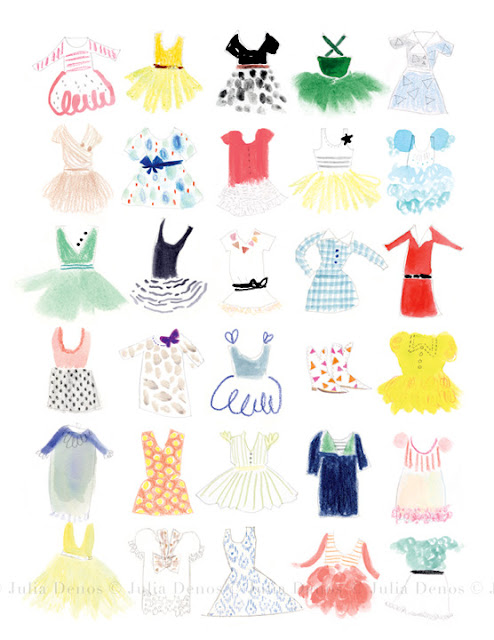